Remi was an accident. Mei Yeoh was an Auror who fell in love with a Muggle but had no intention of telling him she was a witch or sticking around for more than a few heady weeks of infatuation. When she realized she was pregnant, she tried settling down into the life of a fiancé and mother. Three months after Remi’s birth, her mother left.

Ruben Tang never intended to be a single parent, but he did his best and when she was eight and showing signs of accidental magic, he passed on what little knowledge he had of the Wizarding World. When Remi was ten, her father died.

She was shipped off to live with her mother in London, though once the sparkle of the Wizarding World wore off Remi was depressed over her father’s death, resentful of her mother’s abandonment, and homesick for the States. She wasn’t surprised when her mom shipped her off to boarding school the next year.

Now Remi values her time at Hogwarts much more than her time at “home.” She’s not good at spell work, but she fell in love with flying and keeps waffling over if she should join the Quidditch team or just damn the rules and keep flying all over the castle grounds for fun. Most holidays she stays at school and she prefers to spend the summers hopping around visiting her friends for weeks at time.

Remi is a disaster buried under a thin façade of cool, breezy confidence. She’ll be a ham around others and pull jokes and pranks or start a rowdy party because if you’re the one whooping the loudest, people don’t stop to ask if you’re doing okay.

Remi also has the habit of becoming everybody’s big sister by accident. She’ll corral all the first and second years when she thinks they’re in over their heads, and she’d fight a professor if she thought they were being a bully.

Basically, if you’re in a bar and fighting breaks out over a jaunty piano tune, assume Remi started it. 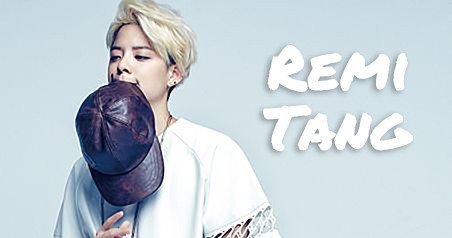