For students who are at home, and for adult characters who are not working at any of the places specified in the other forums.
Post Reply
4 posts • Page 1 of 1

Cana had awoken in a good mood, his face buried in Gabe's hair in a spare bed that had been squeezed into Thryi's room. Thryi was barely awake; her own hair was sleep ruffled and her eyes bleary. It was softly snowing outside, but they were unbelievably warm and cozy due to the wards insulating the house. A few minutes later, a knock had sounded on the door indicating his mother coming around to awaken everyone from their slumber.

Though traditionally pajamas would be worn down for breakfast and presents, Cana wasn't sure that everyone (or anyone besides Gabe really) wanted to see him without a shirt, so he quickly dressed along with Gabe and Thyri and wandered downstairs amid friends and family. Even catching sight of Eric didn't do more than earn a half-hearted glare from Cana.

Breakfast was a ridiculous, all-American affair with eggs, steak, a variety of pork products that Cana avoided for Gabe's sake, fruit, and pancakes. It went surprisingly quickly and smoothly, with Bjørn opting to keep his mouth shut for the most part.

All in all, by the time they had all made their way into the living room with the tree and presents, Cana felt downright magical.

Of course, he knew, it wouldn't last. But it was nice for now.

Kristian flopped down on the side Gabe wasn't and dropped his head into Cana's lap. Looking up at his brother with a grin, he poked Cana directly in the nose. Rolling his eyes, Cana tried to shove Kristian out of his lap half-heartedly, as Daciana tinged a small mimosa glass.

"It's time for presents! Of course, since we have so many extra people this year, we're just going to do things a bit differently. Alek is going to float each of your presents over to you and just...dig in! There will be plenty of time to thank people at lunch or even before. It's not perhaps the most traditional, but I assure you it will take hours otherwise."

As Aleksander magicked everyone's various parcels to them, Cana truly hoped that his friends enjoyed what he'd gotten them. He had to wrack his brains for a few, but he felt like he'd done fairly well. He watched, ignoring his own presents, as people dug into theirs.

Kristian soundly placed an adhesive bow on his forehead. Cana blinked for a moment, before taking another one and placing it on the other side of his own head with a grin.

"You look very festive dear," he heard Victor commenting from across the room. Smiling, Cana slid onto the floor and started opening the package closest to him.

Kyani sat with the girls from her room, grinning at all the Holiday festivities. Christmas was a bit of a quiet affair at the Taylor house. There was no trees or cakes or presents. No laughter filled her mother's flat on that day. It was unremarkable from any other day. So, when she had been invited, Kyani had jumped at the chance. She wanted to see what it was like to be part of a family. And, so far, she hadn't seen disappointed.

The girl had been so distracted by the decorations and watching as Cana and Kristian played around with each other, that she hadn't noticed the package coming her way until it had settled down before her. She hadn't expected gifts. Part of her had known she would get something--the Haviches were all amazing and wouldn't let her go empty handed, but she hadn't actually expected a gift.

In fact, there were a couple of them. She glanced at the names, but the only ones she really recognized were Cana and Gabe. The wrapping paper was probably the strangest thing Kyani had ever seen in her life--and she had spent the last six months at a school for magic. It was cats. In space. With candy canes and Santa outfits--and space suites. She hadn't known such a thing existed until that moment.

Careful not to rip the paper (there was no way anyone would believe her unless they saw it with their own eyes), Kyani began to open the heavy package. The box itself was made of a dark wood and compartmentalized into several drawers. The bottom one held a cauldron that was just smaller than a cereal bowl, the next up had a small pestle and mortar that fit easily into her hands and a small knife, and the top two drawers held viles of different ingredients. It was the most beautiful thing Kyani had ever owned. She loved it.

She straightened the drawers and slid them back in, running her fingers over the polished wood. Even as she went on to open her other presents, she couldn't help glancing at the potion set every few minutes. Each time, a new grin blossomed on the girl's face. 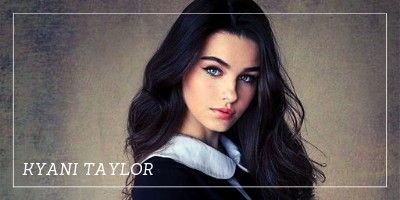 Lyssa had awoken amongst the girls with a smile and a warm heart. She'd wandered down with the rest of them, dressed in a red holiday jumper and black, snowflake patterned leggings, and settled in near her twin and her mother. As Uncle Aleksander floated her significant pile of gifts to her, she blushed slightly, but was happy to see her gifts and Cana's gifts had all made it to everyone present.

Some of the gifts were predictable: all the latest makeup releases that she had missed while in Hogwarts, some assorted Muggle jewelry (nothing as stunning as what Daciana's father had sent for her, of course, a beautiful silver and moonstone necklace inspired by the same one he'd given her mother years prior), and a few new books to keep her up to date on business practices. Some were more unique: Cana had gotten her a warding loom--a rare an powerful tool that was used in old times to teach young wizards and witches how to weave the most powerful wards; Mother had gotten her a pair of earrings with suspended mercury drops floating within the glass; Father had somehow gotten her a collection of Russian dragon talons, which she exclaimed with glee when she saw.

But she noticed that nothing was there from Trinity. She frowned slightly, but realized he probably couldn't afford to get her anything. That was fine. With a smile, she walked over to Trinity and pulled up a box that had been floated to his feet.

"I wanted to see you when you opened this. I--I know you love to draw, so I figured these would help you? They aren't charmed or anything to make them move, but...I thought..."

She watched as he opened the gift, revealing a mahogany box. Inside she knew were hundreds of colored pencils, pastels, and brush tip markers in all sorts of colors. She'd chosen each carefully, and had the box specially made to hold them. She'd even had the box marked with a symbol of Persephone, so he could always carry her with him where he went.

It was cheesy yes, but it was the best thing she could think of. She looked up at his face to judge his reaction. 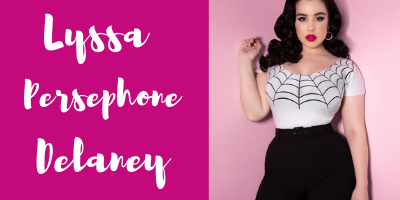 Trinity knew the concept of gift giving. He knew that was what families did at Holliday times. He remembered sharing trinkets with his parents in the dark so that no one could see them. When he had seen everyone with their presents that morning, a mix of feelings had come over him. First off, he hadn't expected anything, so when a small group of presents floated towards him, he wanted to think it was a mistake. But his name was written on them, clear as day. Second, he knew the sketches he had given everyone would be lacking in comparison to the other things. He had been able to get clean parchment to transfer the sketches over to, but still, they were only simple things. Some of birds, other of plants, there were a few of water. He had set one aside specially for Cana of the copse of trees they'd had their first lesson in. Lastly, there was so much smiling and laughter and... joy happening that Trinity felt something in his chest click into place. It was like a bone he hadn't known was broken had been set. The boy could feel himself smiling.

His pile of presents was small, but it was more gifts than he had ever received at once. There were a few generic gifts that could work for most personalities--similar to what he had hoped for his sketches. There was a leather bracelet with a few shapes etched into it and a pare of something that looked like earrings, but he was certain weren't. He didn't know what to do with them, but they were shiny, and he was sure Felix would enjoy them. Cana had given him a bundle of potions! He was thankful for the list that came with, since he didn't recognize nearly any of the labels. One was specifically designated to help with his knee. Trinity was shocked that Cana remembered that, since he had nearly forgotten about it himself. He had gotten used to it quickly enough and it only bothered him during extreme weather.

And then there was one more box. The one from Lyssa. Trinity supposed he was already a bit emotional, but when she came over to him and expressed that she wanted to be there when he opened it, he hadn't been expecting his reaction. The paper fell away to reveal a smooth wooden box that was so beautiful Trinity was certain that it had to be the gift. But when he opened it, the box was filled with... color. All kinds of beautiful colors. Tears sprang to his eyes so quickly that he didn't have time to blink them away. "Th-thank you. It's beautiful."

Trinity set the box down carefully so it wouldn't get hurt. "Ah have something for you. Ah wanted to give it to you in person. It-it's not much..." it certainly didn't compare with what Lyssa had given him. Before he could talk himself out of it, he handed over a piece of parchment about the size of a book page. It really wasn't much, but Lyssa deserved a gift and this was the best he could do.

On the parchment was a charcoal sketch of Lyssa. Her hair was blowing behind her by an invisible wind and she had a look of determination on her face. In a raised hand, she held a knife that dripped with blood. In the background was the image of a dreamcatcher and across the bottom, bold letters read "Lyssa Delaney - Dream Slayer." It had been an idea he had been playing around with, but their conversation the night before had helped spur him to finish it. He hoped that maybe seeing herself like that would help her with her own dreams.