Re: The Final Track

Gregory just managed to catch the next two flying frogs, but the exploding licorice went everywhere.

He would have used a shield charm, but his hands were full of frogs.

He had to settle for ducking and shutting his eyes.

Normally, this would have brought forth anger in him, but this girl .. this creature . . it was all too fascinating. He was pretty sure he could get her to eat any concoction he created. The trouble would be keeping an accurate record of the reactions, as she would be impossible to keep isolated.
Movement caught his eye and he saw the owl eyeing a square that had landed in the cage.
"Accio" he muttered, pointing at the square. It zoomed into his hand. "No, no, Sweetheart." He murmured to the owl. "That would not be good for you in any way."

He glanced up, accidentally catching the eye of the Addiana girl. She was looking a bit uncomfortable. No wonder. This car was becoming a cross between a pigsty and a madhouse!
Still, she seemed to be handling it alright.
Gregory suddenly realized something terrible. If this long train ride wasn't to be left to the Creature's devises and candy flinging, HE would have to . . . make conversation!

Suppressing a shudder, he tried to sound friendly and asked. "What are your hopes for this school year?"
That was a safe question, right? 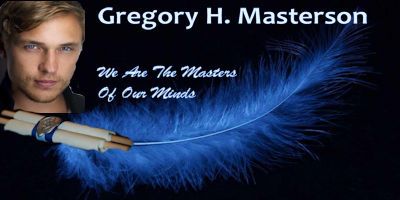