History: Eric is the son of a surgeon-turned-family doctor and a Ministry worker in the Department of Muggle Relations/Member of Parliament. He'd always been well taken care of and well loved, but the family is a busy one. Being of Jewish haratige, the Brandski family keep to the Holidays, but are mostly non-practicing.

Sophie had as rough and tumble childhood, living mostly on the streets before she got her letter to Hogwarts. When she graduated, she went back to her old life. At nineteen, she met Sam who was in his residency at a local hospital. The street fight that brought Sophie to the hospital left her nearly comatose. Sam took care of her as much as he could while working in his designated area.

When Sophie was nearly recovered, charges were pressed against her and the other members of her street gang. She spent two years in prison, writing letters back and forth with Sam. Once she was released, they were married--much to the disapproval of Sam's family who couldn't believe their good Jewish son was marring a woman from a German family.

Eric came along shortly after, but due to the complications of the pregnancy, he was their only child. Thanks to Sophie's criminal record, the family can't adopt. They've made peace with their life of three, though, and continue to enjoy themselves as a small family. 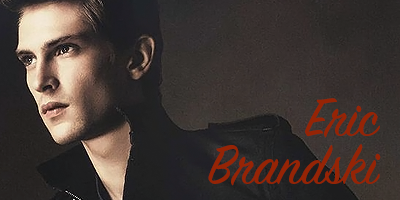