Personality: Despite being born to non-magical parents, Medea has dived into the magical world with gusto ever since receiving her Hogwarts letter. She is an enthusiastic, intelligent student and sometimes it's remarked that perhaps she should have been in Ravenclaw. She is quite happy in her house of Hufflepuff, though, thank you and her enthusiastic friendliness and warmth for everyone she meets is likely to put aside all doubts as to why she is where she is. She always has a moment for someone and always a compliment as well, no matter who it is she meets. An enthusiastic amateur photographer, she often badgers her friends and classmates for photos and is known to take candid shots without warning. She is also an enthusiastic consumer of corny pulp adventure stories with dramatic romance, daring adventures, and beautiful heroines.

Medea has gained a reputation for her friendly, vivacious manner. The witch is a young woman of apparent contradictions: she's an incorrigible flirt, but she prefers the company of a book to a social function; she's eager to set out on her own and get her OWLs behind her, but she's a protective den mother to the younger students of her house; she's inquisitive and hyperactive until she finds an interesting puzzle and becomes hyperfocused instead. Medea's plans for the future are a little uncertain, but she still has some time to sort out whether she'll take a sensible academic career in the History of Magic or Study of Ancient Runes, or instead pursue the risky, glamorous life of a Curse-Breaker like in her favorite adventure stories.

History: Born to non-magical parents in Northern Ireland, Medea was set for a rather normal life. Her mother, Persephone, was a software engineer (and sister to a witch) and her father Aiden taught secondary school. She grew up an only child and has always been something of a ball of energy. When she received her letter to Hogwarts, her mother sat her down with her aunt Lilian and together they had to explain that yes, she was going to learn magic and that yes, she was going away to school in Scotland. Her father was reluctant at first, but has since come around to the idea of a witch for a daughter.

Her time at school has been... normal? She's a good student and a friendly classmate, but has a propensity to fall hard when she gets a crush and sometimes doesn't know when to stop talking. She's friendly and lovely and warm to those she knows but can sometimes say the wrong thing or stick her foot in her mouth. So far she hasn't been a particularly notable student but hasn't really been much of a dunce either. Smart and attentive, she seems to stick around the middle of the pack when it comes to class rankings. 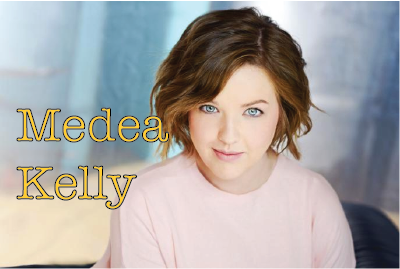